GrooveFunnels Review (June 2020) Lifetime Deal For GroovePages, GrooveKart, GrooveSell Is It Worth It?

Don’t Buy GrooveFunnels, GroovePages, GrooveSell, GrooveKart Without Reading This Review. Is This Lifetime Deal Worth It? I Tried It…

GrooveFunnels Review (June 2020) Lifetime Deal For GroovePages, GrooveKart, GrooveSell Is It Worth It?

GrooveFunnels is an all-in-one platform and solution for building your website, sales funnels, ecommerce and more.

Right now, you can use GrooveSell to sell your own products, GroovePages to build landing pages and funnels. Other features are not yet available.

Right now GroovePages is Free for the basic version (limited pages) and GrooveSell is free too.

Can this tool help me get more conversions?

GrooveFunnels contains GroovePages, GrooveSell and other apps that can help build your websites, sales funnels and more. With it's Lifetime Pricing Option, You'll be able to save more and use all the future versions of the product. Click here to sign up for your Free Account first.

What I Liked about GrooveFunnels, GroovePages?

Building a website and using an online sales funnel builder and online builder is nothing new. Speed and Quality is what I'm looking for most of the time.

And just like me, you wanted to know if it's worth your time and attention… (BTW, right now because of the Pandemic, you can sign up for a FREE account on GroovePages and GrooveSell – yes, that's 100% free with no catch)

1. Platinum Offer - Own GrooveFunnels for Life

Once their initial BETA and slots have been filled, GrooveFunnels will switch to a monthly payment plan just like Kartra and Clickfunnels.

But because of Mike Filsaime's previous background (he's one of the guys behind Kartra), it seems that the development of GrooveDigital Products (GrooveFunnels) was much faster (less than a year) – other products are still undergoing development as I write this article.

You might be wondering how are they able to offer this once-in-a-lifetime deal?

If you watch the video on the UPGRADE page, Mike discusses the strategy behind it and how becoming a VIP FOUNDER by supporting GrooveFunnels right now, would be in your best interest because you'll never have to pay for another Sales Funnel software again!

And it's not just a SALES FUNNEL SOFTWARE, here's what Mike's team at GrooveDigital included once you become a PLATINUM Member…

A decent website hosting alone costs at least $20/month. That's $240 / year which doesn't include any plugins or themes if you are building your landing pages and sales funnels inside WordPress.

This feature alone is worth the Platinum PRO deal of GrooveFunnels.

It's a decent page builder, with a familiar interface and elements. If you've used Clickfunnels before, you'll find something that are unique and intuitive in GrooveFunnels like Wireframes.

While the templates included in the deal are currently limited, you'll get all the updates and new templates as a Platinum member.

GrooveSell is an alternative to ThriveCart and Samcart, both shopping cart platforms.

Currently, GrooveSell is already fully functional, and it's Free to create an account.

There are no transaction fees in GrooveSell just like in ThriveCart.

This is one of the most anticipated features of Groovefunnels. It's not available right now, but soon! Groovemail would allow you to send targeted messages to different contacts segmented differently.

Do you want to build an online course or maybe offer digital products and sell them online?

Hosting your video on Youtube is usually not the best practice when hosting premium and paid video content.

GrooveVideo helps address those issues with this video hosting solution

There's a ton of buzz right now about GrooveFunnels.

GrooveFunnels is still in Beta. The Tool is buggy and clunky compared to other mature landing page and sales funnel softwares out there.

I've tried GrooveFunnels in one of my affiliate promotions.

GrooveFunnels is a product by Groove Digital which aims to be an all-in-one marketing platform that includes a shopping cart platform, email marketing system, landing pagebuilder and more.

How much is GrooveFunnels?

Right now, Groovefunnels includes GroovePages and GrooveSell for Free. You then have an option to upgrade to a lifetime option after you've signed up for an account. 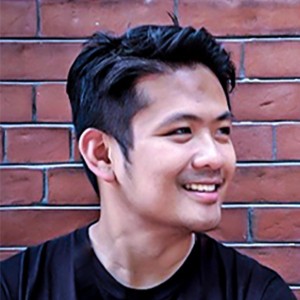 I help people deal with tech-overwhelm and information overload so that they could drive more traffic, leads, sales and conversions to their online business.

Please log in again. The login page will open in a new tab. After logging in you can close it and return to this page.

Any cookies that may not be particularly necessary for the website to function and is used specifically to collect user personal data via analytics, ads, other embedded contents are termed as non-necessary cookies. It is mandatory to procure user consent prior to running these cookies on your website.